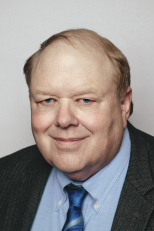 Ford has developed a national practice in bankruptcy law and has extensive experience in every aspect of insolvency, restructuring and bankruptcy issues, from the most complex Chapter 11’s to small business, agricultural and consumer matters.

Among notable Chapter 11 achievements, Ford represented the Bonner Mall Partnership in successfully arguing to the Ninth Circuit the principle of the new value exception to the absolute priority rule, and later, in the same case, argued for the elimination of the routine vacating of lower court decisions to the United States Supreme Court, resulting in a 9-0 landmark decision.  More recently, Ford represented a number of the creditor parties in the Sunwest Management, Inc., U. S. District Court case in Eugene, Oregon, arguably the most complex case on the West Coast in recent years, in a case which resulted in dividends that should approach 60¢ on the dollar, mostly for elderly real estate investors.

Ford has represented unsecured creditors committees on numerous occasions.  In recent years, he has represented the parishes and schools directly impacted by the Catholic organizations that have filed bankruptcy due to abuse lawsuits.

Ford's first major Chapter 11, filed in the mid-1980s, was the case of Riley Creek Lumber Co.   This company was one of the few lumber companies to ever successfully reorganize.  Riley Creek, now known as Idaho Forest Group, is the largest lumber producer in the inland Northwest.

Ford has served as an expert witness on numerous occasions, testifying as to the standard of care and standard of practice in regard to lawyers, trustees and debtors-in-possession in a wide variety of state and federal lawsuits.

Ford currently serves as Chairman of the Lake Pend Oreille, Pend Oreille River, Priest Lake and Priest River Commission (“Lakes Commission”), having twice been appointed by the Governor of Idaho.  He also serves as Chairman of the Board of Bonner General Hospital, a $60 million nonprofit public hospital serving the Panhandle of Northern Idaho and parts of Western Montana.  Ford previously has been Chairman of the Bonner County Airport Advisory Board and the Board of Trustees of the Lake Pend Oreille School District No. 84 and has served as a member of the Idaho Humanities Council; the Idaho Community Foundation; and the Bonner County Economic Development Corporation.

Ford has testified numerous times before Congress on bankruptcy issues, and in addition to speaking at Continuing Legal Educations functions well over 100 times, has spoken:  to FBI agents at the FBI Academy with regard to bankruptcy fraud; a Congressional roundtable on the management of Indian Trust Funds; and thousands of state-court judges in the American Bankruptcy Institute program, Bankruptcy Issues for State Trial Court Judges.

Ford also has extensive experience in commercial law and commercial litigation and served as counsel for Coldwater Creek Inc. for over 15 years.  He has served as a mediator and arbitrator in a number of complex bankruptcy and general commercial law matters. 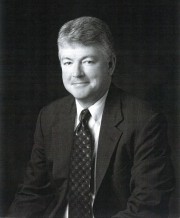 Bruce practiced with the Denver Colorado office of Chief Counsel, office of the Internal Revenue Service, from 1986 until 1994, when he joined the Sandpoint law firm of Elsaesser Jarzabek & Anderson, Chtd., as partner.

Among notable Chapter 11 achievements, Bruce currently represents the Sterling Mining Company, in a Chapter 11 proceeding where the assets of the mine have been sold for an amount sufficient to pay unsecured general creditors a dividend of 100% of their allowed claims, plus interest.  The Sterling Mining Company case has been complicated by much contentious adversarial litigation which has spanned roughly two years; with all litigation decided or resolved favorably for the client.

Bruce's assistant, Lisa McCumber, may be reached at lisam@eaidaho.com 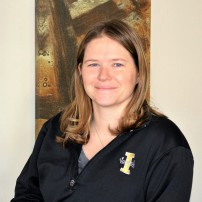